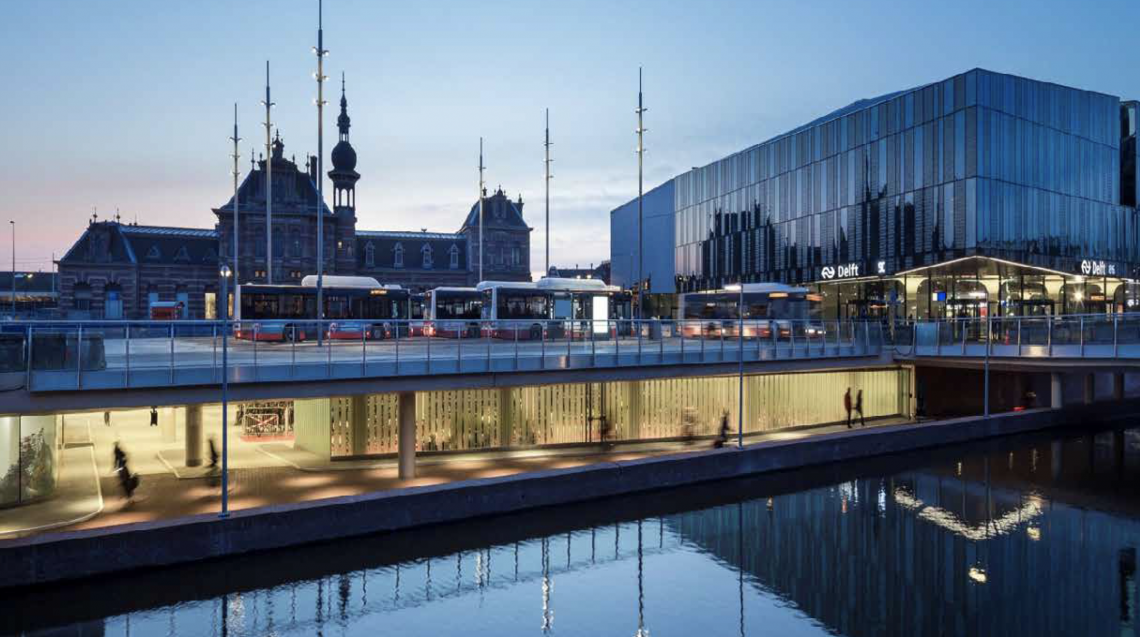 Last week, HPP entered into a conversation with NS, ProRail, the Ministry of IenW and Bureau Spoorbouwmeester about the relevance of station locations and their role within the city as well as a wider regional and strategic planning context.

In the 3rd meeting on this topic, co-initiator Ute Schneider (partner KCAP) introduced the discussion asking ‘How can we frame the importance and new role of station precincts as the most vibrant and urban places within cities, playing an important role within the branding of the city, being their vestibule, business card, and living room? How can we achieve our common goals through co-operation?’ Because city development and mobility/accessibility are in a constant interplay, as the meeting pointed out.

Delroy Blokland (Member of Public Transport & Rail Management Team, Ministry of Infrastructure and Water Management) presented the Development Agenda for the Future of Public Transport, based on a setup collaboration triangle Ministry-NS-ProRail with their Station agenda 2021 with the goal: better stations for all users.

Sebastiaan de Wilde (Director Real Estate NS Stations) shared the daily challenges of stations and how they act as a link for urbanisation being the new cathedrals of our time. He also spoke about the NS strategy for 2025: ‘Together we make the Netherlands accessible. For everyone.’

Astrid Bunt (Director Stations ProRail) presented the new horizon ProRail together with NS and ministry are looking at. Astrid: ‘Up to the gates, that’s as far as we were originally going to go. Now, together, we are raising the whole station area to a higher level. Super-efficient.’ She presented their vision under the overarching topic ‘The stations as a link for urbanisation‘, showing a collective goal shared by all players.

Eric Luiten (Spoorbouwmeester) presented a just printed publication of Bureau Spoorbouwmeester (independent advisory body for design and design assignments within the railway sector): ‘The new station district. Spatial quality or the interface between node and city‘. He pointed out spatial needs on the interface of station and city, but also the rules and habits of co-creation and collaboration and respect all stakeholders have to bring in.

Ute: ‘The exchange between these experts, sharing their common thoughts about station precincts’ future, and the other participants like city representatives and developers, was more than promising and showed the extraordinary Dutch expertise in cooperation.’

We believe that we are on a point to join forces on a level that can make a difference and look forward to a 4th round of the HPP meeting on station locations.