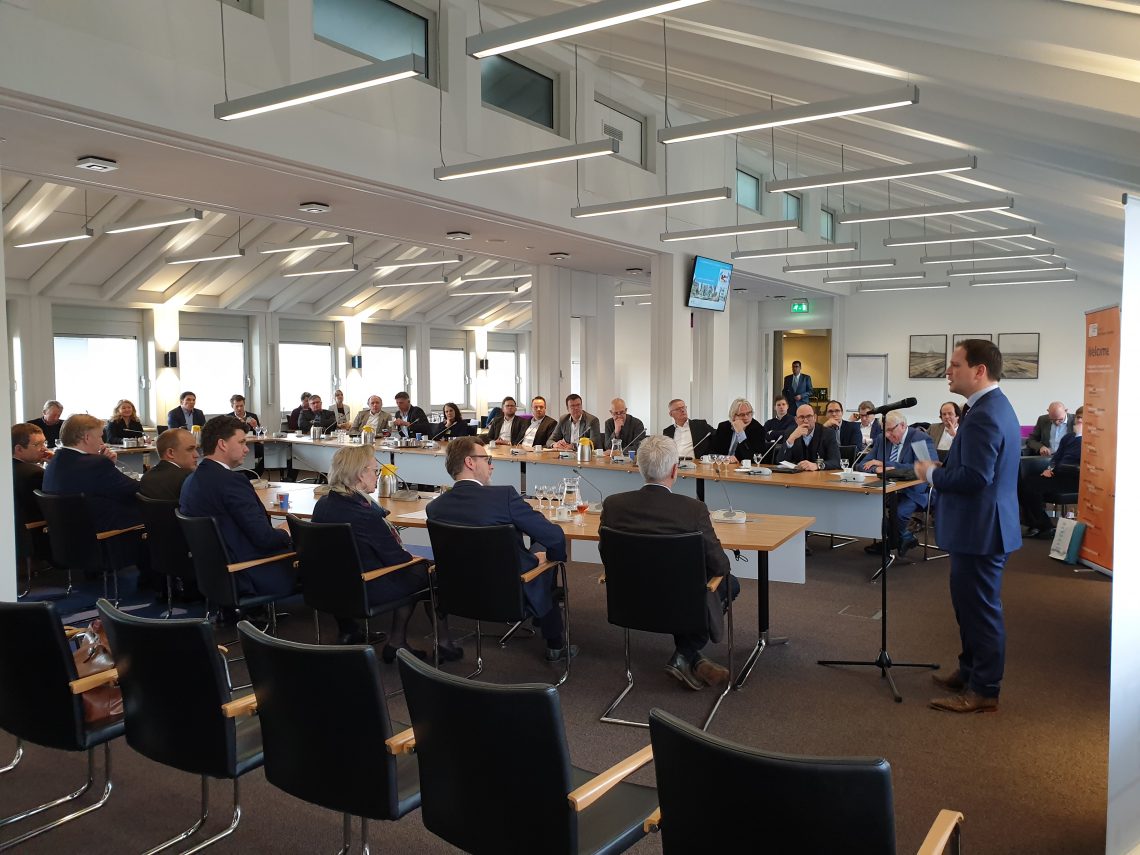 More than 50 German and Dutch participants came together on Wednesday, January 29, 2020 at the invitation of the Deputy and Regional Minister for Territorial Development Andy Dritty and Holland Property Plaza, one of the initiators of the Interreg project “Real Estate Without Borders”. They came together in the Provinciehuis in Maastricht to discuss the subject of housing development in both countries. Both invited lecturers, Prof Dr. Guido Spars, University of Wuppertal and Mr Han Joosten, Head of area development and research BPD Immobilienentwicklung Germany, performed an interesting and attractive presentation that finally ended with a good discussion led by Mr Wienke Bodewes, HPP’s chairman.

The main findings of the afternoon
The demand for apartments in the middle and lower segment is extremely high in both countries. However, dealing with the challenge of creating new living space is not comparable due to the different market structures.
While residential projects in the Netherlands are organized in close cooperation between public and private parties, construction activities in Germany are mainly determined by politics and administration. Competitions and tenders for partial areas also delay the projects considerably. Holland, on the other hand, plans for years on a grand scale. Within Dutch planning law, standardized building methods are already provided, which leads to cost and time savings. In German metropolitan markets Real estate speculations or developers who act as middlemen are clearly noticeable. This often makes land unusable for a long time and then expensive. In the Netherlands, this is rarely the case, according to Han Joosten.

Prof. Spars from the University of Wuppertal impressively described that the housing market has always been part of the regulatory debate and that the degree of equilibrium between heated and relaxed markets is very narrow. If, in the 1990s, public housing stocks were abandoned on the basis of the perceived knowledge that “Germany was built”, then the housing market was often driven by foreign investors. The political measures to stimulate the housing market have not worked for years. That is a big dilemma, even now.

Host Andy Dritty pointed out again the importance and the possibilities of the cross-border activities also in real estate development and planning. “There are always examples of how you can get involved in cross-border residential construction beyond “old-established” regulations. This year, for example, the IBA International Building Exhibition will open in the city of Limburg. A German concept that provides new ideas and projects in the social, cultural and ecological fields for urban and landscape change.

This event concludes the Euregio – Interreg People to People project “Real Estate without Borders” from the Euregio rhein maas nord supported by the Interreg Regional Fund. This project was initiated and organised by Holland Property Plaza, Standort Niederrrhein, City of Mönchengladbach and Sturme CS. Various project discussions on German and Dutch real estate development were the subject of this crossborder project in the last two years. 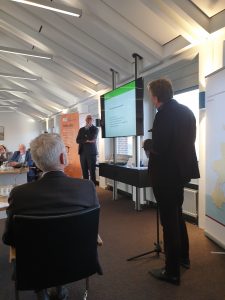