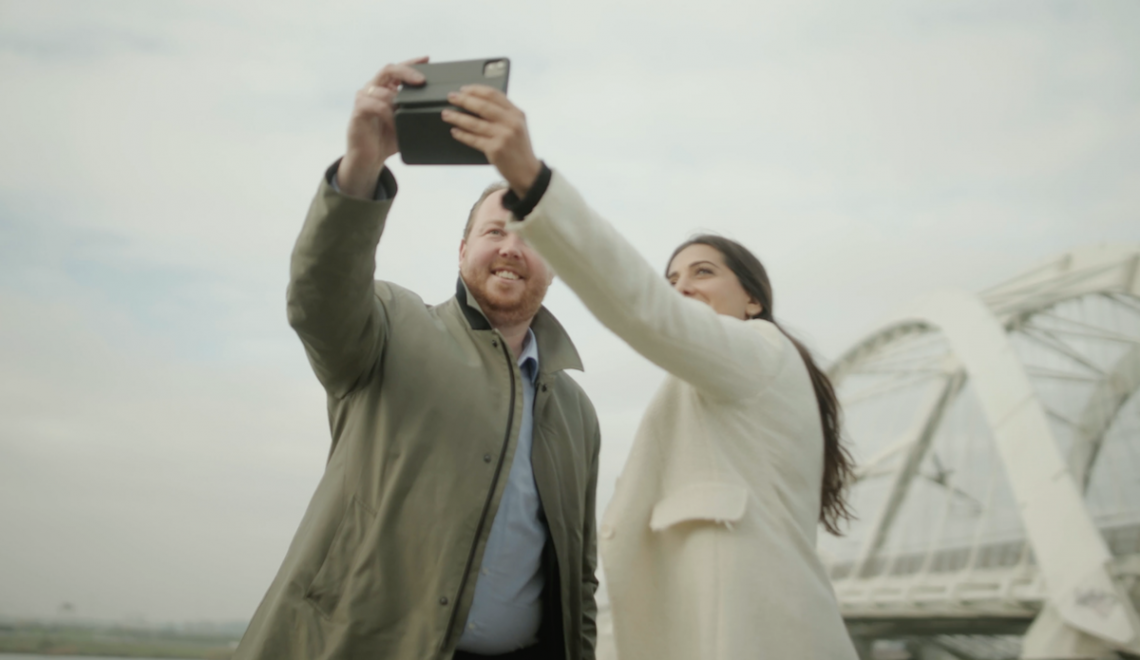 All-day long, we are busy deliberating, thinking, deciding and acting. How important is it to pause and connect in the middle of our daily business? At Holland Property Plaza, we know the answer. Very important! So there we went. On the road through the Netherlands with our orange HPP seat. Visiting the decision-makers in our network. On the lookout for a connection. A real one.

After our first stop at Amvest for the HPP chitchat between Ellen Schindler and Heleen Aarts, we installed our orange chairs at the next HPP member: OZ Architects. Here, we invited two fellow aldermen: Jeroen Diepemaat (VVD) from Enschede and Songül Mutluer (former alderman for Zaandam and now member of the Dutch Lower House for the PvdA). Both were born and raised as ‘Tukkers’. Are there similarities in challenges and ambitions, or do the two have a different vision on building the future of the Netherlands?

The housing shortage
One thing is certain. Both have to deal with the enormous housing shortage. Despite the fact that the waiting line for social housing in Enschede is shorter (8 months) than in Zaanstad (no less than 11 years), both aldermen face major challenges in inner-city construction. Songül: “It is a great challenge for us and the future decision-makers to find a good coherence in our spatial policy. Between living, working, facilities and mobility.” Jeroen: “Yes, and we have to do that together with developers and builders. We should not just build houses, but create cities.”

Regulate
Despite their different ideals, the two seem to be fairly unanimous about the conditions they should impose. Songül: “If I were minister of real estate, I would certainly regulate. For example, asking for 30% social in all regions and ensuring that investors can buy up less housing, but then there might be a dispute between a social democrat and a liberal at the table”. Jeroen: “Well, I think you have to regulate the good things. I also see in our working-class neighbourhood Twekkelerveld that the ideal homes for young families are being bought up, and that hurts. So we will agree on that”.

Local situation
As far as the latter is concerned, they do expect the real estate sector to contribute, namely by no longer using homes as investment objects. They also ask real estate parties to take a closer look at the needs of the city and the needs of its inhabitants. Jeroen: “The local situation can be very different”. Songül: “In our case, it helped to provide frameworks for developers beforehand. That way they know what they can expect in Zaanstad which makes it easier to start a conversation.” 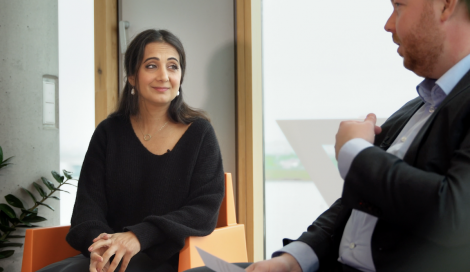 Affordable housing in Zaanstad
When asked if there is anything else they would like to pass on to each other, they nod loudly. Songül: “What I would like to advise you Jeroen, keep in mind for whom we are building. I would like to inspire you with our affordable buy Zaanstad, a starter model that we have developed especially for young people who cannot get social housing or borrow money to buy a normal house. For them, we have devised a model in which we, the municipality, remain the owner of the land and also of part of the bricks so that such a starter only has to finance 65%”. Jeroen: “That sounds very interesting, I would like to know more about it. My advice to you: do not overbuild, but make sure that you retain space to create a nice living environment with lots of greenery”.

And the two decision-makers went in search of that patch of greenery themselves with a walk along the IJ and a lunch at the OZ office to conclude. Not only a moment of connection in the orange chairs but also afterwards. At HPP, we can only smile at that 🙂

Holland Property Plaza is the network for decision-makers in real estate. Would you like to know more?

> Meet some of our decision-makers and read all about our communities.