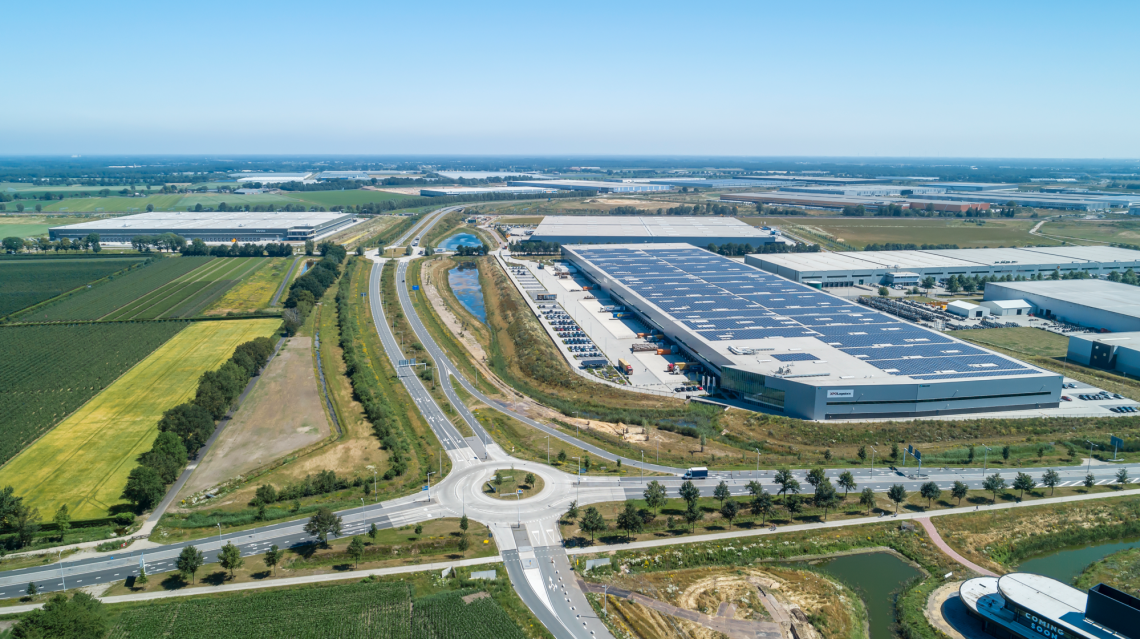 Christiaan Heerings, senior commercial manager/acquisitor at Greenport Venlo, gave an extensive presentation that, on condition that all stakeholders participate in the development of business parks, great success can indeed be achieved in a sustainable logistics environment. The (logistic) business parks around Venlo (Europe’s most important logistic hotspot) are characterised by intelligent area development, with a keen eye for sustainability aspects. This in the broadest sense of the word: for flora, fauna and people. The business parks in Venlo are an example of how even a logistics buildings sector can make a positive contribution to nature and well-being. For further information we refer to the videos that Greenport Venlo has posted on YouTube.

The second keynote speaker, Merten Nefs, a researcher at the University of Delft and the Erasmus School of Economics, is conducting an extensive study into the local effects of new forms of trade, such as e-commerce. Major sustainability issues that arise are the significant changes in the spatial pattern of the Netherlands, liveability in the cities, and the resulting discussion about ‘verdozing’ in the landscape. Completely data-driven, Merten has made it clear what the force field behind these developments is, why this force field leads to a logistic spatial pattern that is unfolding across the Netherlands, and what possible solutions could be found in the future. His doctoral research is called “Landscapes of Trade” and will be completed by the end of 2023. This will be a valuable starting point for politicians with regard to decision-making about a high-quality living environment, and the combination of circular economy and logistic buildings.

From the joint discussion it soon became clear that the participants consider anchoring sustainability in the logistics sector to be particularly necessary, but that the key question is whether, with a decentralized policy in the Netherlands, there is sufficient government focus on these sustainability aspects.

According to the discussion, this is mainly because just about every municipality in the Netherlands has the opinion that a (logistic) business park is necessary, especially from the point of view of land exploitation and the municipality’s housekeeping book. The lack of a holistic view of the total logistics buildings market in the Netherlands is mainly due to the apparent lack of central control in this area. And the concept of sustainability is also subordinated to the issue of land for logistics. With the exception of a few good examples such as the business parks in and around Venlo, Tilburg and Waalwijk, sustainability is not very high on the agenda.

The final conclusion is that there is still a long way to go, especially on the part of the government, in the issue of ‘verdozing’, an issue that they themselves have initiated and are continuing to pursue.

More information can be found via the following market reports:

Interested in joining the next discussion about this topic? Let us know!